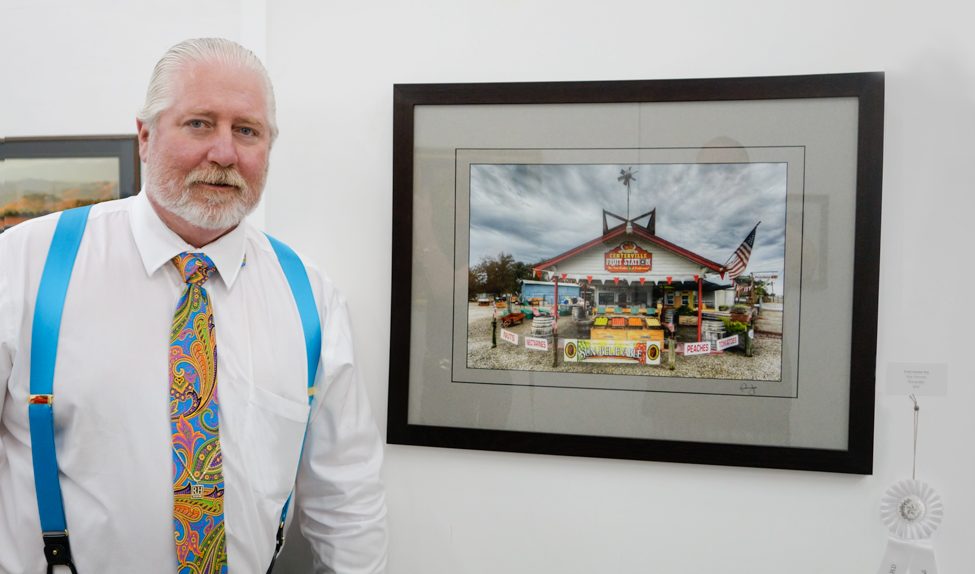 This past week, in addition to the fact that I had my own exhibit at Fresno’s downtown Citibank, I again entered a juried competition at the Sorensen Studio.

Since I already wrote about the works I entered at the Sorensen, I won’t rehash that here; this post is really just to announce that I won Third Place in Photography for my daytime shot of the Centerville Fruit Stand.

If you’re in Fresno, the show at the Sorensen will still be going on during the month of October. Pop on in and check out not just my work, but the great work of several others artists! (The Best of Show is an incredible sculpted piece!)

Well, I have a couple of model shoots this weekend, so not really time to say much more here today. I have a few pictures I want to write about, but that’s going to have to wait until later. With the new studio, plus my regular business, there’s a lot happening right now. Keeping up is a challenge, but fun.

Check back later for more!