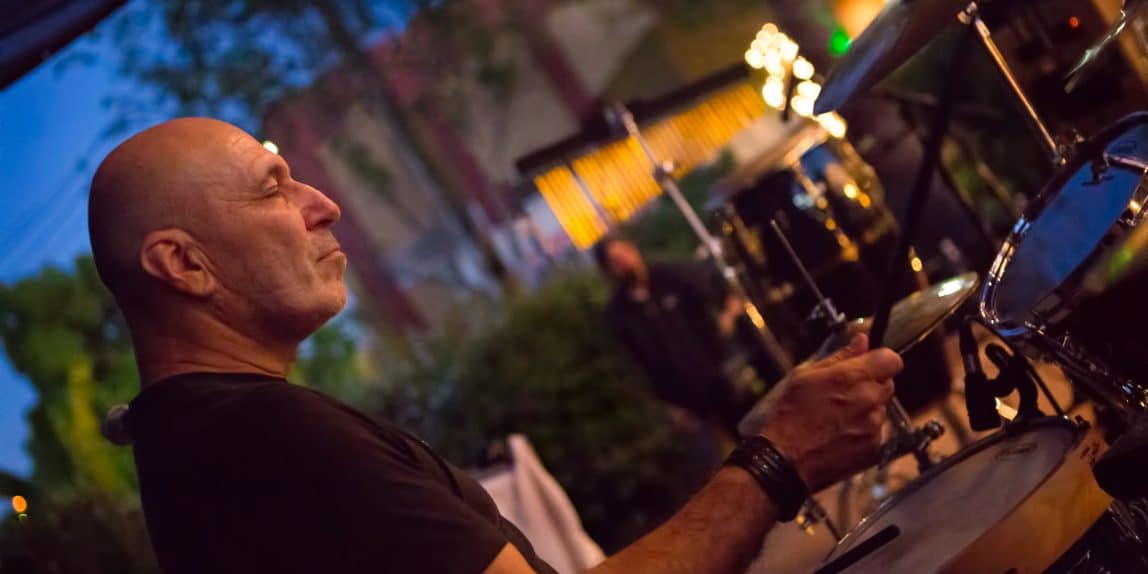 Last Friday, I was asked to again shoot the Blu J’z, who were performing at Arte Américas near downtown Fresno. A friend came along as videographer, and overall, I think we all had a great time. The music was very relaxing — as you can see, it almost put the drummer, Ernie Palacios, to sleep!

This image was shot perhaps mid-way through the concert. I always like it when I’m allowed to get up on the stage to shoot, because I can get much more interesting shots. The sun was just going down, and no stage lights had been turned on yet. Ernie is lit by the remaining light of the already-set sun; just the last hint of daylight that crept over the horizon.

To view (or purchase) more images of the Blu J’z, including more shots from the Arte Américas concert, visit the Blu J’z Gallery of my website.