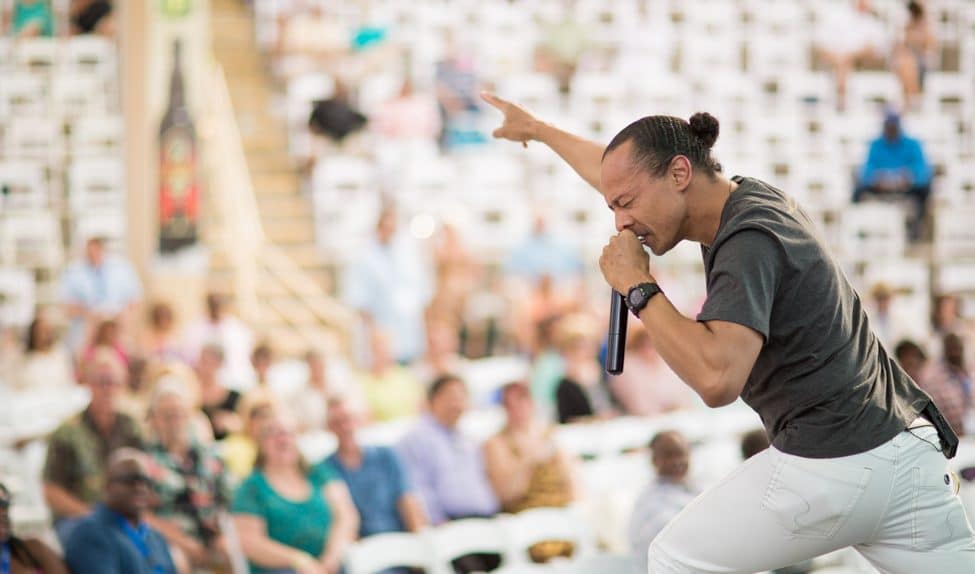 This is a bit of an out-of-the-ordinary post for me, and for that reason, I just grabbed a ready-at-hand image I shot about a year ago at the Woodward Park Fresno Summer Jazz 2013 series #1.

I had been invited there to shoot the Blu J’z, whose concerts I used to shoot quite frequently around the Fresno area. I happened to run into the manager for Frédéric Yonnet between sets, showed her my work, and she asked me — and got clearance from the show organizers — to shoot “Fred” as well. Back then, I was shooting quite a few bands.

More on that, and my announcement, after the jump (or if you came here via direct link, below).

So, as you may have guessed, the featured image above is of French harmonica player — no, not like “French horn”; in this case, it’s the person who’s French — Frédéric Yonnet.

In addition to the Blu J’z, QPOP Radio is another band for which I was frequently asked to shoot. Back then, I used to shoot bands for free — all I asked was that if they used my work, they properly credited me — and if you look at QPOP’s website, you’ll see some of my work there (properly credited!). By the way, you don’t want to miss QPOP’s promotional video, which extensively uses my photos, as well.

In fact, why don’t I just embed that here, so you can enjoy both the photography and the music.

Another favorite of mine is the world-famous — Fresno’s own — Mofo Party Band!

But now for the announcement.

Last month, the manager of the downtown branch of Citibank said they were thinking of joining in Fresno’s ArtHop™. She asked if I wanted to be one of the first to display work with them.

Yesterday, she told me that corporate approved her request.

Thus, on October 2, 2014, at the downtown Fresno branch of Citibank, my photographic art, along with the work from a painter, and a sculptor (I don’t know who they are yet) will be on display as part of Fresno’s ArtHop. It is my understanding that there will be food and drink, as well.

As I understand it, the ArtHop™ exhibits are typically open from 5 p.m. to 8 p.m. If something changes on that, I will post it here, or on my Facebook page. (By the way, don’t forget to “like” me on Facebook!)

Ironically — given the images I put up with this announcement — there are currently no plans for a band.