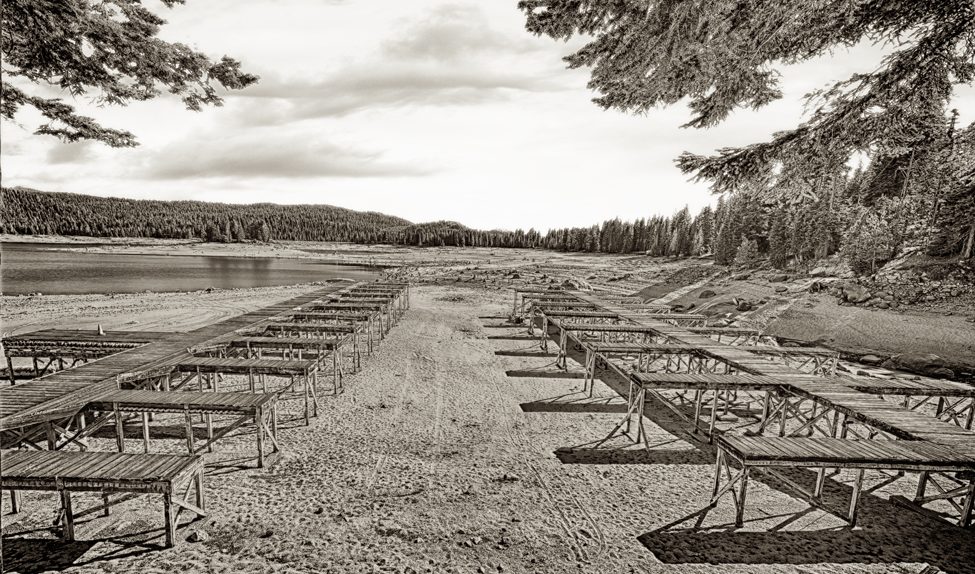 I spent the last several weeks in a state of extremely-heightened stress. You see, Nudes in November is coming up at the Sorensen Studio – in fact, the submission period for the 2014 show was yesterday – and I desperately wanted to come up with a winning idea. At last year’s Nudes in November show, which was my first juried competition, I came away with First Place, and really started to think more seriously about my photography.

This post really isn’t going to be about my submissions for this year’s Nudes in November show, but I do want to talk briefly about getting ready for it, because that’s what lead up to today’s featured image.

One problem I ran into immediately was that I didn’t have a studio, or other suitable space, for shooting nudes. I spent almost a year after the last show looking for such a space, and finally “settled” for something that is actually a decent studio of about 900 square feet. It’s not exactly what I wanted – I would like higher ceilings, and perhaps a more “north Fresno,” or, better yet, Clovis location – but it’s more than adequate as a studio. There’s plenty of room for setting up different shooting areas. I’ve got one end of the studio dedicated to a backdrop stand, where I can hang various types of backgrounds to shoot against. (I even have a backdrop that looks like an old wooden wall!) At the other end of the studio I have space for a couple of different types of sets. One area will be set up for boudoir; we’ve already been collecting props, and furniture. And there are a couple of nice windows for combining some thoughtful natural light images; sometimes balanced with a studio flash, sometimes not.

Meanwhile, I started to become interested in putting together some more surreal (nude, NSFW) ideas. One reason for this was that I like surrealism. But a big motivating factor was that I figured I didn’t have to worry about an elaborate set-up if I photographed someone nude, and then composited them into another image. It wouldn’t matter much what kind of studio I had, because I could just photograph someone standing nude in a corner, if I had to, and still come up with an interesting image through surrealistic compositing.

Around the beginning of October, I finally found the studio, but that didn’t leave much time for shooting the images I’d need.

One of the ideas I came up with, which I’ll feature in a future post, was of a “snail race” featuring nude female jockeys on snails. The idea turned out to be harder than I had imagined, particularly because I couldn’t find a suitable background. I shot various images from my yard, and other areas around Fresno County, but nothing seemed to be what I wanted. I was running dry.

Finally, with just a few days left, I packed my camera gear, took off from my day job, and just started driving.

Hours later, I ended up at Huntington Lake.

I knew that California is in the middle of a drought. I live in the Fresno area, after all, and the farmers are constantly complaining about water conditions. As a city-dweller, I haven’t personally noticed it much, though.

But Huntington Lake? It’s on its way to becoming “Huntington Desert.”

I wandered around the largely-exposed, and quite dry, lake bed for a couple of hours. I’m a slow photographer. I like to take my time, think about what I’m shooting, and will frequently shoot what to others would appear as “the same shot” anywhere from a few, to a dozen, times. This is especially true when I shoot HDR, as I did at Huntington, because it’s a style where I’m still doing a lot of experimentation. The featured image above, for example, is “too HDR-y” for my tastes ordinarily, although I think in this case it kind of works, as it accentuates the dryness of the lake.

Here’s another shot – this one in color – of the lake bottom, from a different dock.

Extreme conditions make for interesting photographs. California is doing its best to accommodate photographers these days, it seems. Huntington’s skies fortunately provided some clouds to break up the blue, but those clouds were unwilling to relinquish much needed water to the lake.

The featured image at the top of this post was shot with a Canon EF14mm f/2.8 II USM lens on a Canon 5D Mark III body as a series of exposures at ISO 100, f/16, and 1/25th of a second, 1/400th, 1/160th, 1/60th, 1/10th, 1/4th, and 0.6 seconds. The images were blended together using Photomatix 5, then taken into Photoshop CS6 for additional post-processing, including, finally, processing in the Nik Silver Efex Pro 2 filter for conversion to black-and-white. Values were repeatedly tweaked to my tastes in Silver Efex Pro, so I can’t give you specifics on any “formula.” The second image was also an HDR exposure, but I forgot to note which series I used for the final image. “Normal” exposure for the series was 1/50th of the second at f/16. I shot one series with each image separated by one f-stop, and another series, identical except for the separation being by 1 and 2/3rd stops. The exposures were combined, again, in Photomatix 5, and then taken into Photoshop CS6 for further post-processing.

I did end up using part of an image shot at Huntington – an image not presented in this post – as part of the composite for one of my Nudes in November submissions, which I hope to cover in my next post.

Ultimately, I’m glad I was running dry on ideas, or I’d have never ended up at Huntington.

I just hope that, like me, Huntington – and the rest of California – is able to pull through the drought as well.