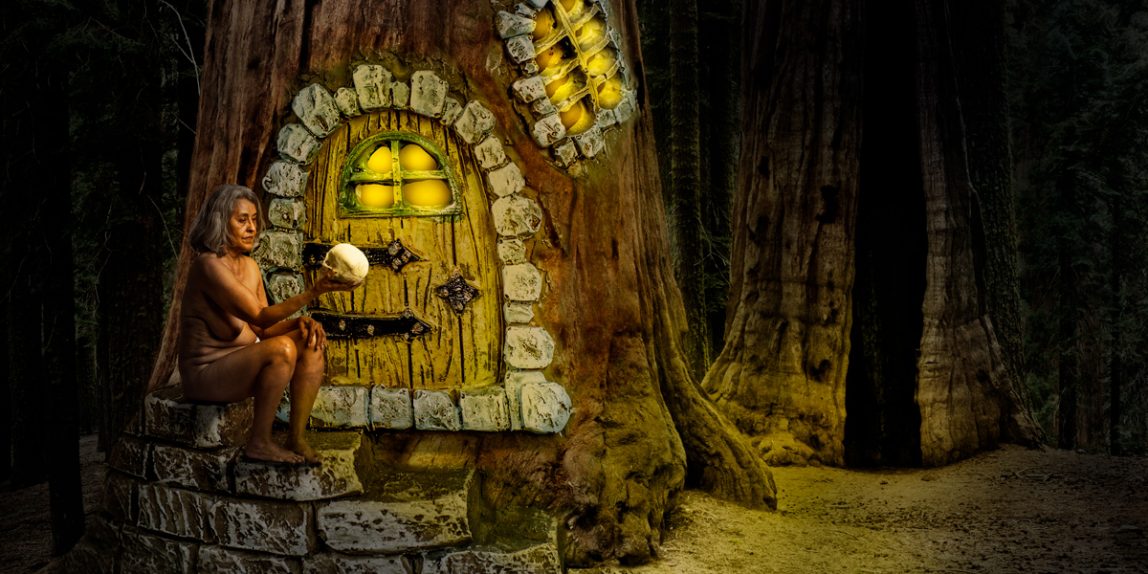 Well, tonight will mark my third ArtHop™ exhibit this year.

As you can imagine, this has meant a lot of work – but also a lot of fun! After my exhibit at Peeves Public House last month, I was contacted by new models, and so there will be about 10 or so new pieces from me on display tonight at The Vault in the Security Pacific Building on the Fulton Mall. That’s 1060 Fulton Mall, to be exact.

For those who don’t know, The Vault is a below-ground space in the building, in what was – surprise! – once the vault of the bank. There’s even still the big giant metal door reminiscent of some old bank-robbing movie.

But you won’t have to do any robbing tonight. Just come by and enjoy – for free! – viewing some great artwork, sipping wine, and eating hors d’oeuvres. (Or, as I like to call them, “snackolaters.”)

Among the new pieces I will have on display will be a large print of the featured image in this post, which I call “Mortalidad,” in addition to about 9 or 10 other new nude pieces. Early reviews are that this is some of my best work to date, and I’m excited to show it.

In addition to me, there will be several other artists with work to display, including at least one that I saw displaying nude males, which will provide a nice counterbalance to my mostly female (with the possible exception of one male nude I haven’t decided on yet) images.

There’s really not much else to say about ArtHop™ tonight. You really have to see it. So to that end, I’m going to finish off this post with a few more teasers.