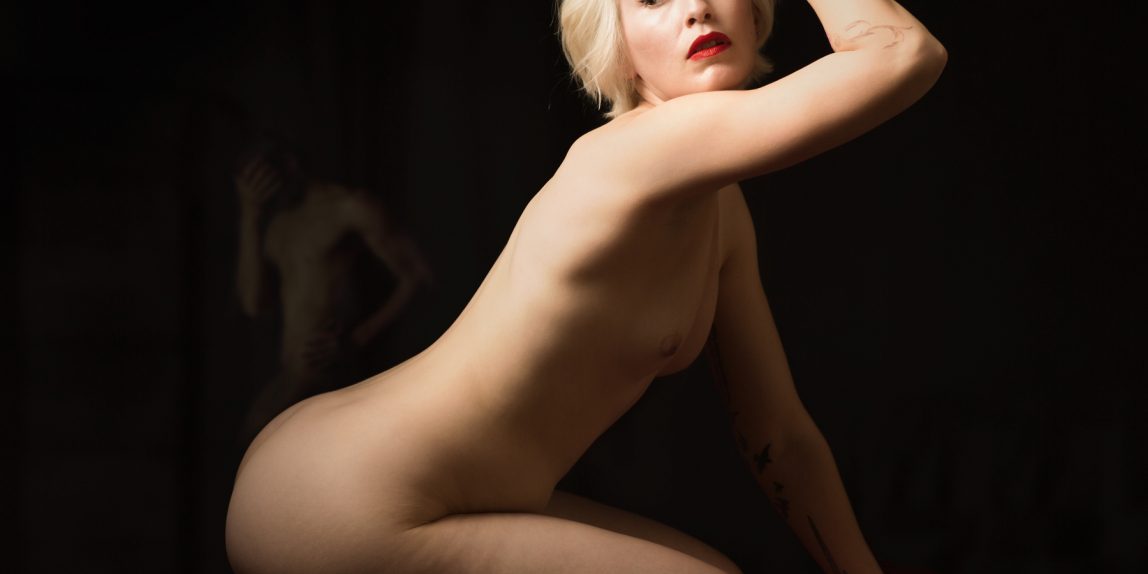 Starting today, March 24, 2019, I’m going to start doing “weekend updates” for a bit, to see how that goes on livening this blog up a bit. This way, I will try to enforce a rule upon my ADD-self to write at least one post every week. Those posts may be quite short, if nothing has been going on, but I’ll try to at least keep going with the writing.

This weekend update, however, will be no problem: it’s been an exciting and busy weekend so far. Forget about the part where I went out and bought new bike helmets for myself and Bunny Chafowitz, so that we can get back on our exercise kick. Don’t concern yourself with the woodworking projects I have going on, one of which appears like it could be finished this weekend.

John Clifton’s “In the Middle of Nowhere”

The first bit of big news this week is that a project I’ve been involved in for a while now, which I could not announce, can finally be announced.

Many of you know that I shoot mostly nudes—artistic nudes, composited fantasy nudes, and even boudoir—and, on rare occasions, portraits. Well, I also have worked photographing musicians in the past. This work includes putting together CD covers.

This weekend, John Clifton, of the John Clifton Blues Band, finally announced the upcoming release of his new CD. He gave me permission to post about it here.

What’s that? You want a better view of the cover? No problem!

For an even better view? Pre-order the CD at Amazon!

I was recently able to get my hands on a copy of photographer Chris Knight’s “Finding Rembrandt” photography tutorial. As I’m working on a separate post for this, I won’t say much about it here, except that you should get it!

Meanwhile, here is the very first image I tried after watching that video series.

There will be more in the post (when I finish it) about the video series itself.

And, finally, the reallybig news of the weekend: I bought a new camera set-up. I’m moving to medium format!

The specific model of medium format I’ve purchased is the Pentax 645Z. “The Z” provides a wider dynamic range, so more details are brought out in the shadows. It also sports a 51.4 megapixel sensor, more than twice what my Canon 5D Mark III delivers. The image quality of this camera is off the charts.

NOTE: THE IMAGES THAT I HAD POSTED TO SHOW THE QUALITY FROM MY FIRST SHOOT WITH THE Z, INCLUDING THE FEATURED IMAGE, HAVE BEEN REMOVED.

It’s going to take a bit of time for me to get used to this new baby, but I’m really looking forward to the journey.

So, there we are: we’ve come to the end of my first “Weekend Update” post. Hopefully, this will be a tradition I can keep up, so that even if I’m not writing full posts every week, you’ll still hear something from me.

Meanwhile, if you’re interested in seeing yourself in one of my art pieces, or if you just have an idea for some photos of yourself and your family that you want for your home or office, drop me a message on Facebook, or email me using rick at rickhorowitz.photography. Note that address is what we call a “dot photography” and not a “dot com” address. There is no “.com” at the end.

And, speaking of The End, we’re there.