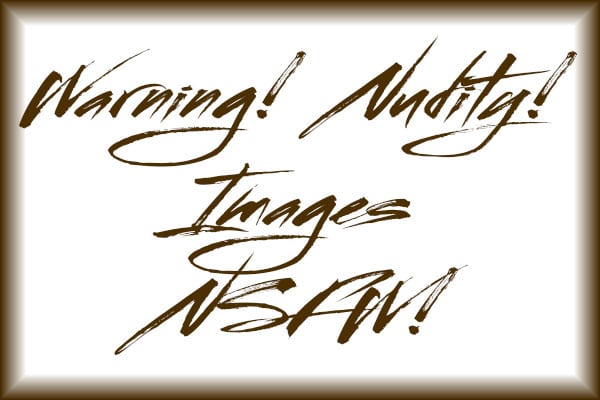 DISCLAIMER! I can’t give enough warnings on this: if nudity offends you, or you are at work and it will offend your co-workers, do not click on the link to the gallery contained in this post. END DISCLAIMER!

One of the things to which I aspire is the creation of images which are not real, but appear to be photographs.

I have always considered Photoshop to be the modern equivalent of the darkroom. I have always also not-so-secretly sneered at vain photographers who eschew Photoshop because they “want to get it right out of the camera.” Most of them lack the knowledge, the technical ability, and the imagination of true photographic artists.

Their position is a position of ignorance.

Ansel Adams’ prints are not famous because of what his camera produced. A camera is just a box which hides the media to be inscribed by light rays. Once the light rays have done their work, the next step is to translate — to transform — the information captured by the camera into whatever will finally be presented to a viewer. In the old days, this was some form of a print. Today, it is as often a digital representation viewed over the Intertubes.

In any event, the translation — as with all translations — was done by someone well-versed in the language.

Photographers capture light, whether on film (yes, it still exists), or in some digital form. In the case of film negatives, the captured light creates a kind of “reversed” image, which must then be translated in the darkroom; with modern digital negatives, we use computer programs, such as Adobe Lightroom, Adobe Photoshop, or some other software. (Another type of film — slide film — generates a “positive” image, usually meant to be used in a projector to present the image on a screen or wall by projecting light through it.)

Ansel Adams was well-versed in the ways of the darkroom. Other photographers of his day stood side-by-side with him, photographing the “same” scenes he photographed.

And, yet, they were not “the same.” It wasn’t (or wasn’t just) Adams’ skill with the recording instrument, the camera. Adams had a vision, brought to light (if you’ll pardon me) in the darkroom. He said so himself.

And Adams would have loved Photoshop.

Capturing the light is important. Translating it is just as important. But the modern darkroom — software-driven, and not quite as smelly as the darkrooms I used as a teenager — is capable of much more than we ever dreamed of doing. Sure, we could do composites. But today’s composites are only distinguishable from reality because of what we know does, or doesn’t, exist in the real world.

The picture itself is often distinguishable from reality only to the extent our informed minds tell us what we’re seeing cannot exist.

Even then, only to the extent we acquiesce.

Are there Zombie Pin-Up girls? Do copyrights exist side-by-side with naked women under the sea?

You tell me. (And, remember, clicking this link is not-safe-for-work (NSFW).)